We want to tackle a topic apparently complex but also very interesting and very timely as the organic and biodynamic farming.

Easy, if we talk about organic and biodynamic farming the answer to which is born before and after is much simpler and arguable.

Biodynamic agriculture,Â contrary to what you might think, was born long before theÂ organic farming,Â which is essentially a simplification.

For this reason, in order to explain the main differences between the two agricultures we start talking about biodynamic, focusing much more about it and about its origins.

A bit of History

It all started in the twenties by a group of some largeÂ German farmers, worried about loss of taste and quality of their crops and products. Their concern found satisfaction and new perspectives with the entry into the scene of a famous and renowned scholar ofÂ anthroposophy, which is summed up in the Greek â€œhuman wisdomâ€. The AustrianÂ Rudolf SteinerÂ (1861-1925), mystic, philosopher, social reformer, architect, esoteric.

In 1924, after careful study and dedication to taking charge of the issue, he held eight lectures called â€œagricultural courseâ€ during which he illustrated concepts and methods to solve the problems.

Without going to deep into anthroposophy, we can summarize its basic idea: give the land more than you take, enriching it as aÂ legacy for future generations.

What is biodynamic farming?

On the basis of the profound reflections of Steiner, it considers the farm a true â€œliving self-sufficient organismâ€, part of the biggest living cosmic organism, from whose influence it depends.

The most common techniques are:

We could say that its aim now is to create a real awareness on the effectiveness of alternative practices approaching young people to aÂ healthier and more environmentally friendly agriculture.

All these biodynamic practices enclose aÂ way of life, respect and work the landÂ that helps nature to developÂ biodiversityÂ through actions from time to time depending on the different conditions and needs of the earth.

It includes a regular inspection of all farms growing with this method and systematic analysis. It supports organic farming having to submit to the rules applied to this, as well as owning its own proper certification, according to a standard calledÂ Demeter, of which we will discuss later.

In essence, we could sum up the concepts expressed above by saying that between philosophical principles, ancient knowledge and successful initiatives,Â this agriculture feeds people and saves the territory.

Example: from desert to oasis

We spend a dutiful nod to one of the most successful examples of the application of this model by telling you about theÂ biodynamic farming in Egypt, the dream of the young Dr. Ibrahim which came true.

In a land where, aside the soil near the Nile River every grain of sand is synonymous with infertility, one of the most important projects ofÂ sustainable social developmentÂ of the entire planet was done. We speak of biodynamic farming in the desert. 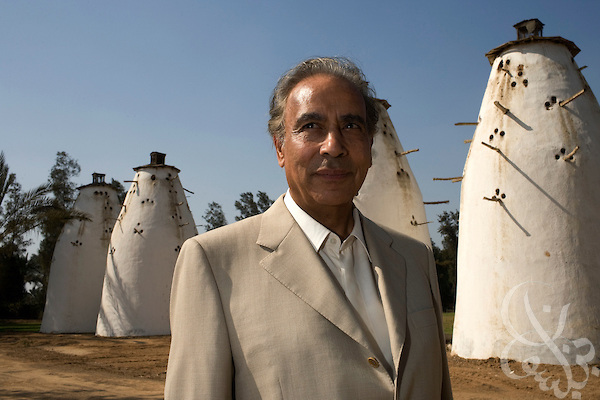 Today, in the desert made fertile by the shedding of compost, 20 thousand hectares of land welcome farms specializing in the production of cotton, vegetables and herbal medicines.

Its merit is to have given life, against the advice of the most respected and renowned engineers and experts in the territory, to a community of more than 2,000 people in the heart of theÂ Sahara desert.

In his obstacle course he had to fight first of all against the distrust of the Bedouins and their ancient customs and traditions. He had to understand the complex programming of a bold plan toÂ revitalize landsÂ to all its stakeholders, by the institutions to banks and the same mass media.

Despite all these obstacles and adversity, the vision realized throughout the years, thanks to the contribution of many intellectuals and scientists from all over the rest of the world.

Sekem, today, constitutes aÂ unique exampleÂ of unity between culture, society and economy based on the great insights of its founder and inspiration of the Waldorf school.

For the record, in 2003 the project granted to Dr. Abouleish theÂ Right Livelihood AwardÂ (link), also known as the alternative Nobel Prize.

We take leave anticipating that in the second part of our journey, we will talk about the other type of agriculture to which we referred at the beginning:Â organic farming.